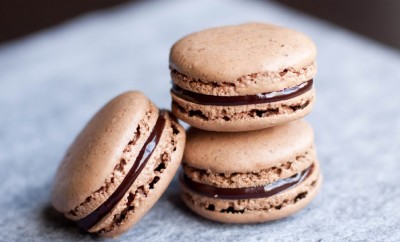 The Bruising Sweetness of Paris – The New Indian Express

Sometimes, childhood memories remain forever imbibed in your heart. I remember vividly walking down the cobbled streets of Paris with my parents when I first saw beautiful rainbow coloured cookies resembling mini burgers at the display windows of the shops. They looked so exquisite and exotic that I forced my mother to buy me some. Yes, I am talking about macarons. The first bite into crisp raspberry-flavoured macaron transported me to culinary heaven. The flavours just exploded in my mouth, I had never tasted anything like it before. In just a few minutes, I had gobbled almost 10 of them. They were in coffee, rum, blueberry, vanilla, mango, pistachio, almond flavours to name a few .

This beautiful delicacy is a light, baked confection. A macaron is a sweet meringue-based confection made with eggs, icing sugar, granulated sugar, almond powder or ground almond and food colouring. It is also called Luxemburgerli. Usually, the filling used for macarons is ganache. The original macaron was a “small sweet cake consisting largely of ground almonds”. The English word macaroon and French macaron come from the Italian maccarone or maccherone. This word itself derives from ammaccare, meaning to bruise, used here in reference to the almond paste which is the principal ingredient.

The most common recipes of the macaron includes egg whites, sugar and almond paste, baked on a baking tray. Jews and Italians adopted these as the recipe doesn’t include any flour or leavening agent, hence it could be eater in the eight days of Passover.

There are many international variations of this macaron.

The Scottish macaron is a sweet confection with a thick velvety centre covered in chocolate and topped with roasted coconut.

In North America, the coconut macaron is the better known variety.

Macarons in the Dominican Republic are very dark. Grated coconut is mixed with ginger and cinnamon.

The carajito is a macaron variant made with hazelnuts and honey.

Here coconut macarons are called besitos de coco (little coconut kisses). A few variations of besitos de coco can be found on the island, the most popular ones including lemon zest and vanilla traditionally.

In India, we have our own varieties of macaron made with cashews and egg whites, adapted from those introduced in the colonial times.

The traditional Turkish cookie is made of almonds, sugar and egg whites. The traditional recipes include a small amount of bitter almonds, which gives this cookie its name.

These days macarons are available in most confectioneries in India as well .They are expensive due to almonds being one of the major ingredients.

Although my personal favourite is the original one with a spoonful of rum and coffee flavouring. Flavouring colours such as blueberry, raspberry, vanilla , mango, cherry etc are the agents that provide beautiful colours and flavours to these delicious cookies.

Let me share one my recipes which I learnt from a student in La Cordon Bleu in Paris .